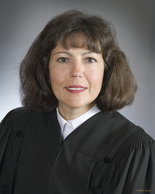 uyahoga County Domestic Relations Court plans to launch an updated website designed to help the growing number of people who file for divorce without lawyers.

The site, which is expected to go live next month, will provide easy-to-understand instructions for obtaining a divorce, enforcing child or spousal support and obtaining protection orders in cases of domestic violence. The site also will include fill-in-the-blank forms to file with the court.

“In places where we know a nonlawyer is going to be using it, we make sure to explain things in plainer English,” said Administrative Judge Diane Palos. “We’re really trying to be user-friendly for everybody.”

The new site will replace the existing Web page, which can be accessed atdomestic.cuyahogacounty.us/.

Improving communication and streamlining the divorce process at Domestic Relations Court were some of the key recommendations handed down by the Ohio Supreme Court in 2009 in a highly critical report on the court.

In 2010, Palos replaced former Administrative Judge Timothy Flanagan, who held the job for 26 years and whose leadership, planning and communication skills were criticized in the report.

“It’s always been our goal that courts must not only administer justice but also must be understandable to ordinary citizens,” Davey said. “It’s good to see that happening here in Ohio, and the courts using information technology — the Internet — to support these goals.”

One of Palos’ first goals on the job was to improve court services for the poor. She cited the most recent Cuyahoga County court statistics, which showed that the number of pro se divorce clients — people handling their divorces without a lawyer — has increased 76 percent since 2009 and that the number of domestic violence victims seeking civil protection orders without lawyers increased 60 percent during the same period.

Palos said the number of pro se clients is probably larger than the statistics show because the numbers reflect the status of only the person who filed, not the status of the other party in the case.

Colleen Cotter, executive director of the Legal Aid Society of Cleveland, has been working with Palos and is encouraged by the innovations and energy she has brought to the job.

“Anything that opens the court’s doors to improve access to the justice system, we applaud,” Cotter said. “Attorneys are expensive, and a lot of people don’t have money. So instead of keeping people out, this new website will help them accomplish what they have to with the courts.”

Cotter cautioned, however, that the court’s updated site isn’t going to solve all of the problems encountered by poor people at Domestic Relations Court. Some people need lawyers to handle complex cases — especially those involving children and property, or where one side has a lawyer, but the other side doesn’t, she said.

“If you have kids, you’re really doing yourself a disservice by going forward without a lawyer,” Palos said. “But if you choose that route, we want you to do it right by protecting the kids and allowing us to walk you through the process.”